By: Tanya Hayley Karen
In: Equality and Inclusivity, Opinion, Teaching and Learning

Not everyone is losing out in the COVID-19 dance world.

On the face of it, the global pandemic has devastated the partner dance industry: festivals have been postponed, classes cancelled, and people’s willingness to dance with strangers is at an all time low.

But amid all this, one group seems to be benefiting.

Female dance teachers, especially salsa and bachata ones, have long struggled to gain the same respect as their male co-teachers. Yet now is their time to shine. The question is, will their empowerment continue when normality returns? And if not, do we really want to return to the pre-pandemic dance scene?

Someone, somewhere, will disagree with this article. They’ll say, “What about dance stars like Tania Cannarse? Sara Lopez? Desirée Guidonet of Daniel and Desirée?”

I recently took a styling class with Desirée as part of an online congress. “I don’t know if I can do all the class in English,” she said. “Daniel normally speaks in classes, not me.”

She’s not the only world-famous, known-outside-their-genre, female dance teacher who I’ve heard say this over the past few months.

In fact, this gender balance is even more pronounced when we stop focusing on the superstars of the dance world and look instead at local and lesser-known international teachers.

Female dance teachers are often not given microphones at congresses—even ones as famous as La Alemana. And while some are vocal, many speak less than their male co-teachers. (In fact, I think the most balanced classes I’ve attended in terms of the teachers’ speaking time have been ones with same-sex teachers, although that’s not a guarantee.)

Male teachers often tell followers how to move their body, using their female co-teacher’s body as an educational prop. One male teacher finished up an explanation by saying that if followers weren’t able to do body movements as dramatic as those of the female teacher’s, then they should be doing more yoga. Or in other words, their female teacher’s movements weren’t a skill, something to be taught or worked on, but rather an expectation placed on female dancers and trained outside of dance classes.

Admittedly, personality can play a part in this. As an anxious introvert, I know and understand how reassuring it can be to let a more extroverted, gregarious person do all the talking. But if this were just due to communication styles and personality differences, it wouldn’t be as endemic. We have a cultural problem.

Read  Lessons From the Year That Partner Dancing Was Cancelled

This isn’t just about whose talking, either. It’s also about recognition. Female teachers aren’t always named on event posters. Sometimes, they’re not even at the events, either because the organiser won’t pay for two teachers or because they can’t come. I’ve heard “she can’t come because she’s looking after the children” numerous times, yet I’ve never heard that said about a male teacher.

And while female teachers without partners typically don’t get to teach partnerwork, that’s never a problem for male teachers.

This all ties into our idea that following is easier than leading, that it’s intuitive and doesn’t require teaching. But let’s be honest: that’s not only false, but something derived from sexism.

The outdated nature of certain dance classes, where teachers focus on the men and don’t devote time to teaching how to follow, has always struck me as strange, given that most dancers are women. Yet online classes have taken away many of the traditional gatekeepers, while admittedly adding new ones, such as having a large dance-appropriate floor at home.

A dance class’ viability is no longer dependent on a connection with an organiser, having a trusted babysitter, and attracting men to a social. Instead, it’s based on having a spare hour, sufficient space, good internet connection, and paying customers.

So while we have some online partner dance classes, “men’s styling classes”, and un-gendered footwork classes, we also suddenly have a large number of online congresses and courses marketed towards women—some of which are attended by as many as 500 people.

We have female students learning how to co-create as followers, rather than simply obey.

Thanks to a global lockdown, things are changing.

What Will Happen in a Post-Lockdown Dance World?

I’d like to believe the partner dance world has permanently changed, but I’m not so naïve.

When the “new normality” begins, it’s up to us to make sure that female teachers continue to be given as much respect as male ones.

Organisers will need to give equal priority to female teachers, inviting them, giving them their own microphone, and thinking about how they pay and promote them. Attendees will have to hold organisers to account, whether that’s with their wallet or their feedback.

We also need to stop valuing male attendees above female ones, but while they’re more scarce, this is harder issue to tackle. It involves combating the stereotype that men don’t dance, as well as the toxic and prevalent one that if straight men dance, it’s with the understanding that they’ll be in demand among women.

And perhaps it means leaning in to the fact that most dancers right now are women. We should be making it easier for women to lead (without sexualising it in the same disturbing way that society treats bisexual and lesbian women). We should be creating classes around women’s and follower’s needs and interests.

After all, it would be a shame if the only time female dance teachers had a platform for their voice was when they weren’t teaching partner dancing.

Whether you've been teaching for a month or a decade, online dance classes require different skills, mindsets, and equipment. As Read more

It's finally here: the day of the online event you've been waiting for. You scraped together the ticket money despite Read more

Before I started leading, I knew how hard I had to work to be able to follow well. And I Read more 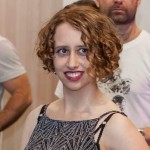